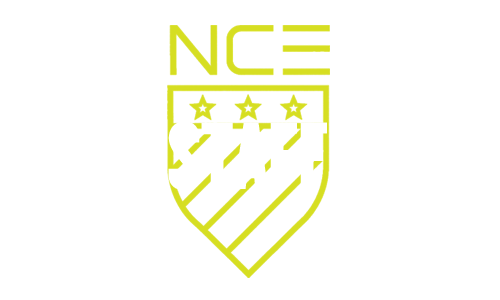 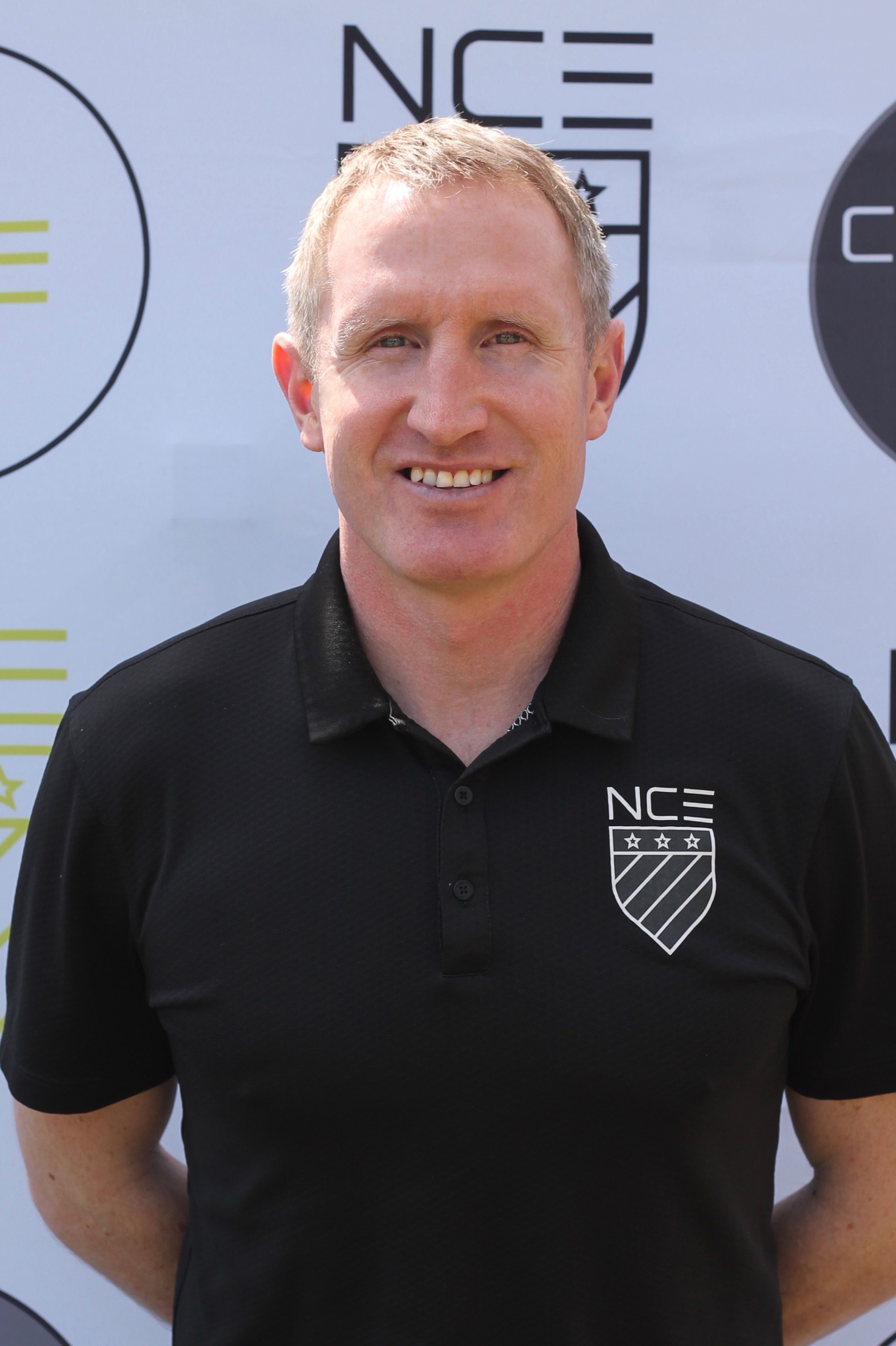 John is the Founder and Technical Director of NCE Soccer. John graduated from the prestigious Manchester United Academy, helping the club win the FA Youth Cup in 1995 and winning the young player of the year award in 1997. Making his Manchester United debut in the 1997/98 campaign, John was purchased by Blackburn Rovers in 2000 for $2,000,000 and went on to play for Leicester City and Portsmouth in the English Premier League. During his 15 year professional career, John played in every tier of English professional soccer, representing clubs like Nottingham Forest, Sheffield United, Barnsley, Preston and Northampton Town. In addition to his exploits at club level John captaining his country, England, at U15 to U20 levels and is the most capped England School Boy of all time.

John began coaching towards the end of his playing career, working at league clubs in England, Australia and Italy. He holds the esteemed UEFA A License and the USSF A Youth License. John is also a US Soccer Coach Educator and delivers coaching licenses across the North East.

John is responsible for overseeing the entire NCE program and uses his extensive experience of professional youth development to help fulfill our mission. 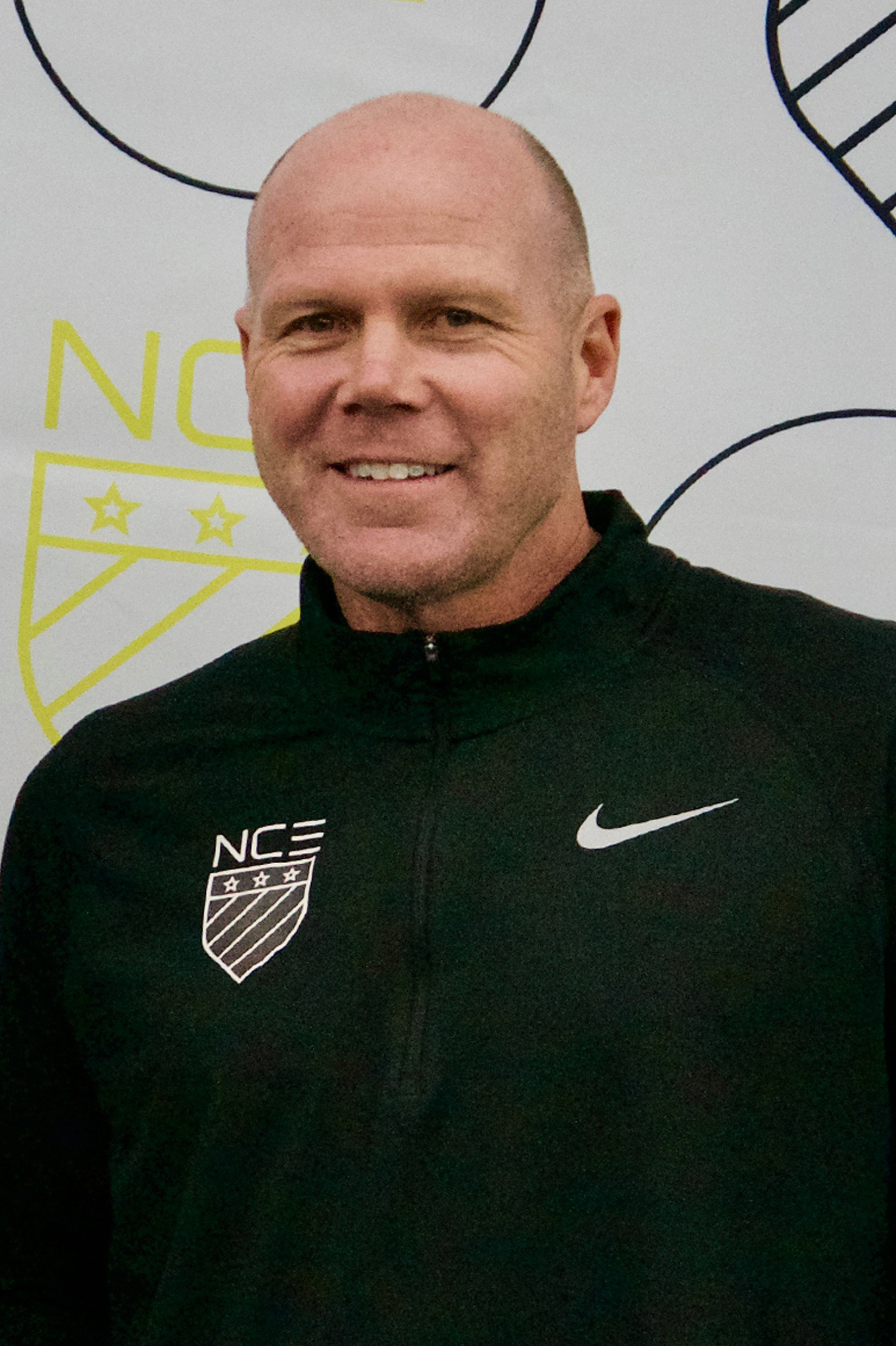 Brad Friedel is a goalkeeping legend. He was capped 84 times for America and represented his country at three FIFA World Cups tournaments and the Olympics twice.

He is the current Premier League record holder for the most consecutive appearances. He played 310 games over eight years without missing a game for Blackburn Rovers, Aston Villa and then Tottenham Hotspur.

Friedel is officially the oldest player to represent Aston Villa and Tottenham Hotspur and his 450 Premier League appearances remains a record for any American player.

After hanging up his gloves in 2015 Friedel became Head Coach of the US Under 19s and won the 2017 CONCACAF U20 Championship as assistant to Tab Ramos and Omid Namazi.

He was named as head coach of the New England Revolution but left in May 2019 to pursue opportunities with leading sports agency PromoESports where he continues to work as USA President. He holds the prestigious UEFA Pro Licence as well as UEFA A and B Licences. 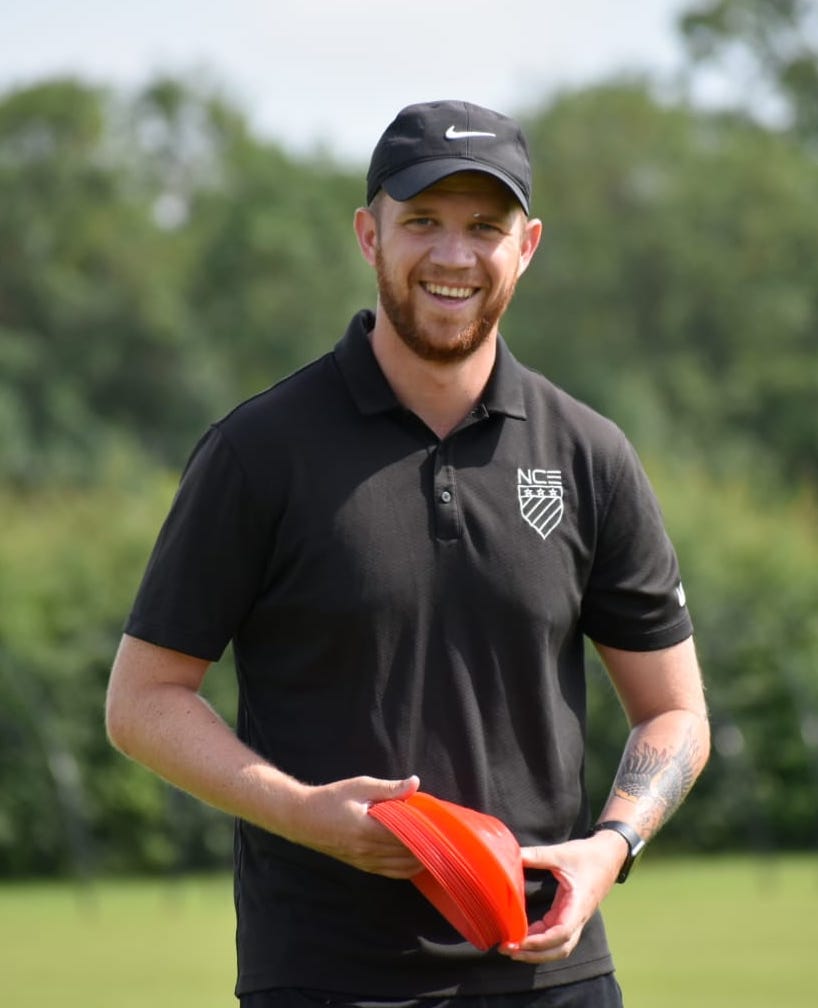 A former youth trainee at Wolverhampton Wanderers in the UK, Gwyn spent short spells as a player at Shrewsbury Town and Hereford United in the English Football League. In addition Gwyn also represented The New Saints in the Welsh Premier League before attending college at Cardiff Metropolitan University, where he was a regular player for the Men’s First Team. In his final year of study, he stopped playing to become the Assistant Coach of the Women’s Team in addition to coaching on the Cardiff Met Junior Football Academy.

Gwyn graduated with a Bachelor’s Degree in Sports Coaching and went on to work in the Hereford United academy as head coach of the U10 and U14 teams, as well as fulfilling the role of Head Performance Analyst for the club. In 2012, Gwyn made the decision to move to the USA to continue coaching, settling and working in CT and NY. As well as holding a bachelor’s Degree in Sports Coaching Gwyn holds the UEFA B License, USSF C License and USC Premier Diploma and has a master’s degree in Coaching Education. Liam’s Playing Career started at the age of 6 and he played semiprofessional soccer in England before moving to the US to pursue a career in coaching. Liam Started coaching at the age of 16 and continued whilst still at college, gaining his degree In Sports Fitness and Coaching. In addition, Liam also obtained his F.A level 1 and 2 badges and was awarded the prestigious with UEFA B license in 2012. Liam has gained valuable experience coaching both boys and girls on both sides of the Atlantic.

Liam is our New England Director and overseas delivery of all NCE programs across the region. 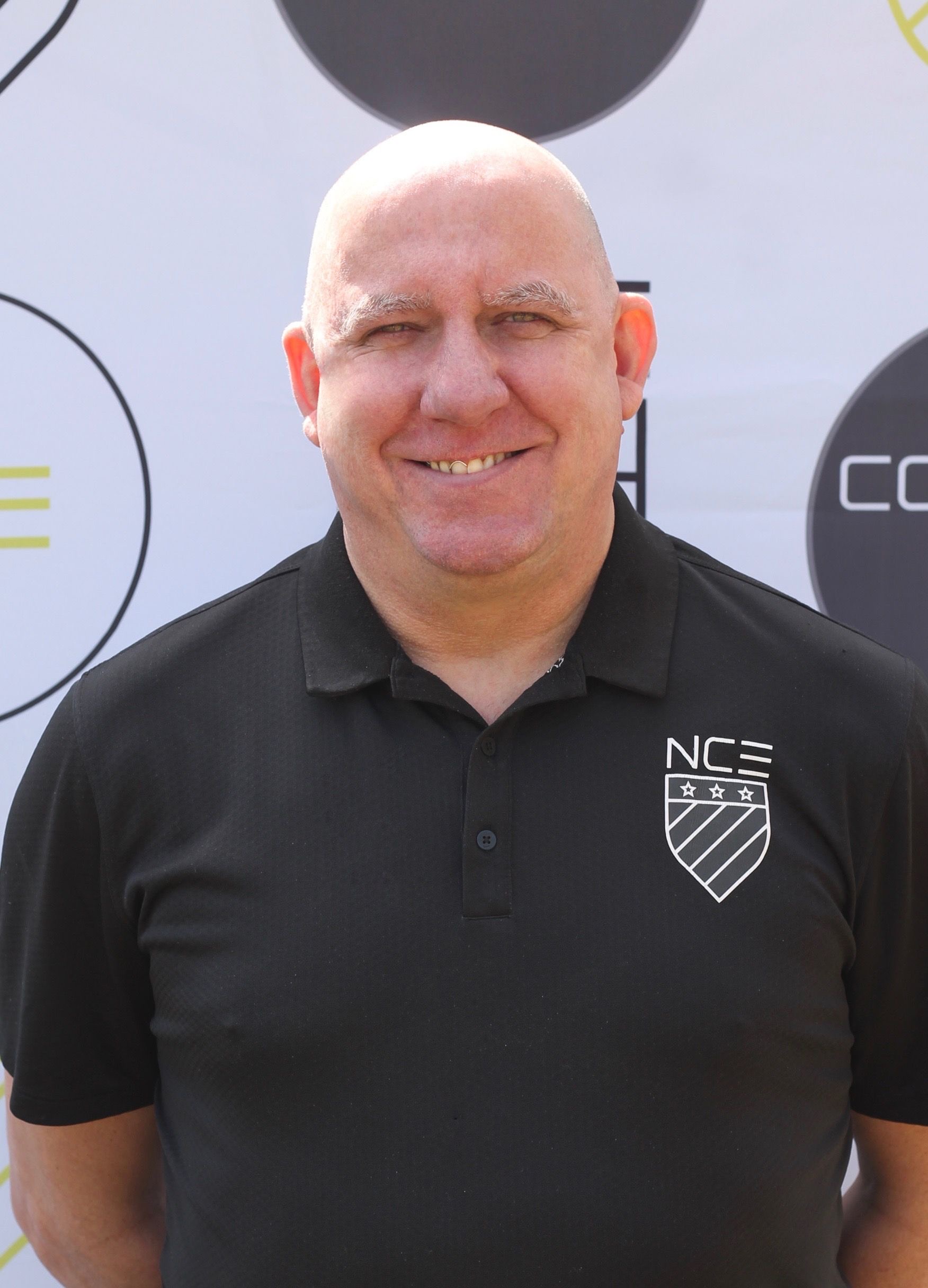 Lee Broster is the former goalkeeping and lead foundation coach at Notts County, the oldest professional football club in the world.

He implemented the goalkeeping syllabus for youth players aged 9-to-18-years and delivered comprehensive coaching for goalkeepers in the Senior First and Reserve teams.

Lee supervised coaching staff and ensured safeguarding policies were followed across the Academy including organised assessment evenings to advise and discuss young player development with parents and guardians.

He worked alongside first team manager Martin Allen and three of his young graduates went onto win professional contracts with Notts County.

He moved to America in 2015 to coach with PDP before joining forces with John Curtis and the NCE Soccer team.

Lee has grown the goalkeeping Centre of Excellence program from a handful of young keepers to a roster full of talent coaching more than 400 youngsters in the past three years.

Lee is well qualified and has successfully achieved UEFA B License Level 3 in both Outfield and Goalkeeping, UEFA level 2 and Youth Module 1 & 2 qualifications. 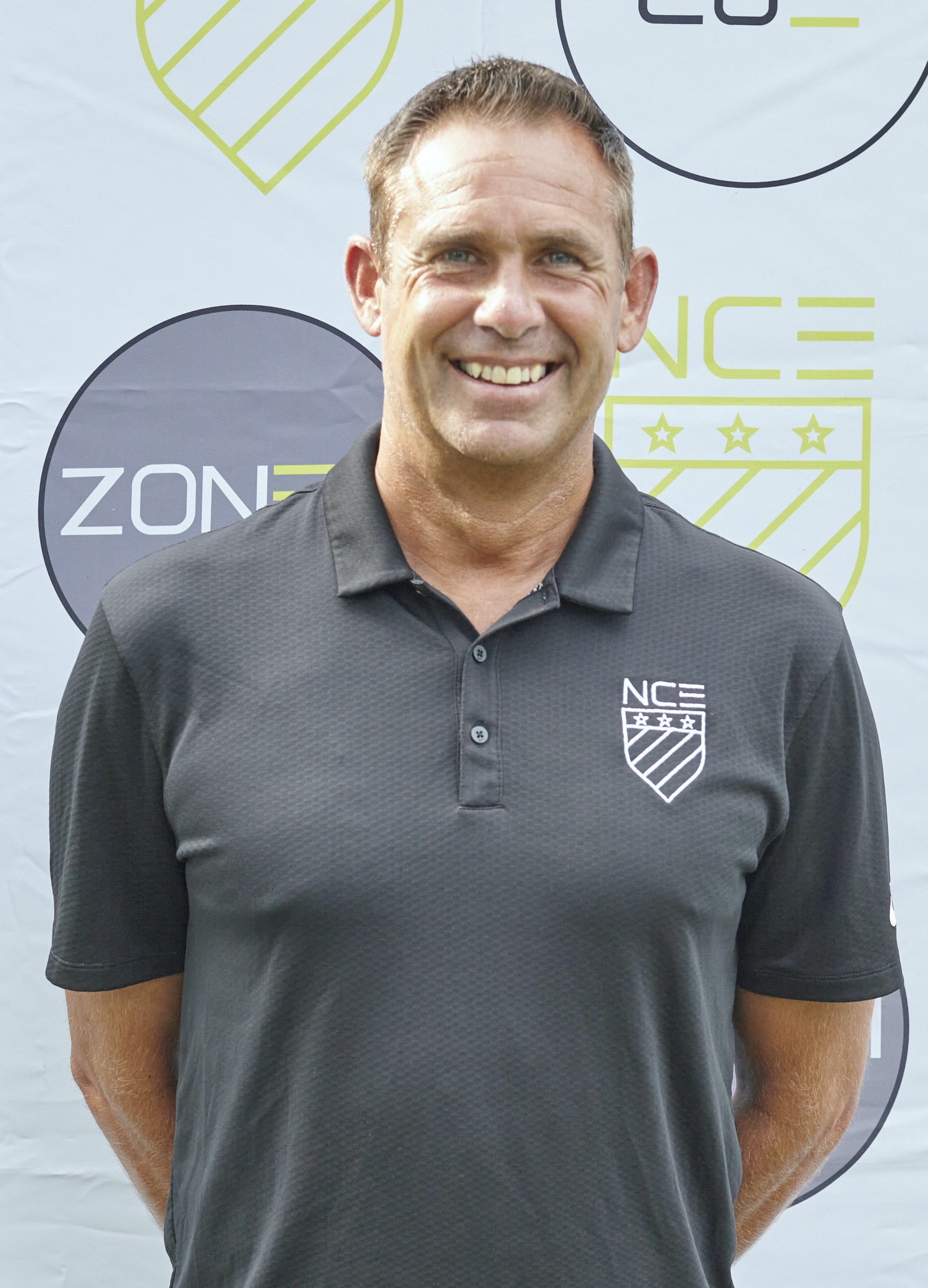 Scott was raised in England in a soccer family and followed his father into the professional game. Scott’s professional career lasted over 14 years, taking him to 4 countries (England, China, Norway and the U.S.) and 3 continents.

Scott arrived in South Jersey in 2001 after he retired from playing and became the Technical Director for a local South Jersey Club where he worked for 13 years. His career path next took him away from club soccer to take on a new challenge; building a club-neutral Talent ID structure for a league with teams and players from DE, PA and South Jersey. At its height this program had 4 separate training centers in which there were local, district and regional level training groups. Many of the players that attended the training centers had the opportunity to travel to Brazil, Argentina, Belgium, Portugal, Spain and/or England to compete against teams such as Manchester City, Vasco de Gama, Argentina Juniors, Celtic, Borussia Dortmund, Liverpool, Chelsea and Barcelona.

Scott currently resides in South Jersey and is responsible for delivering NCE programming within NJ, DE and PA. 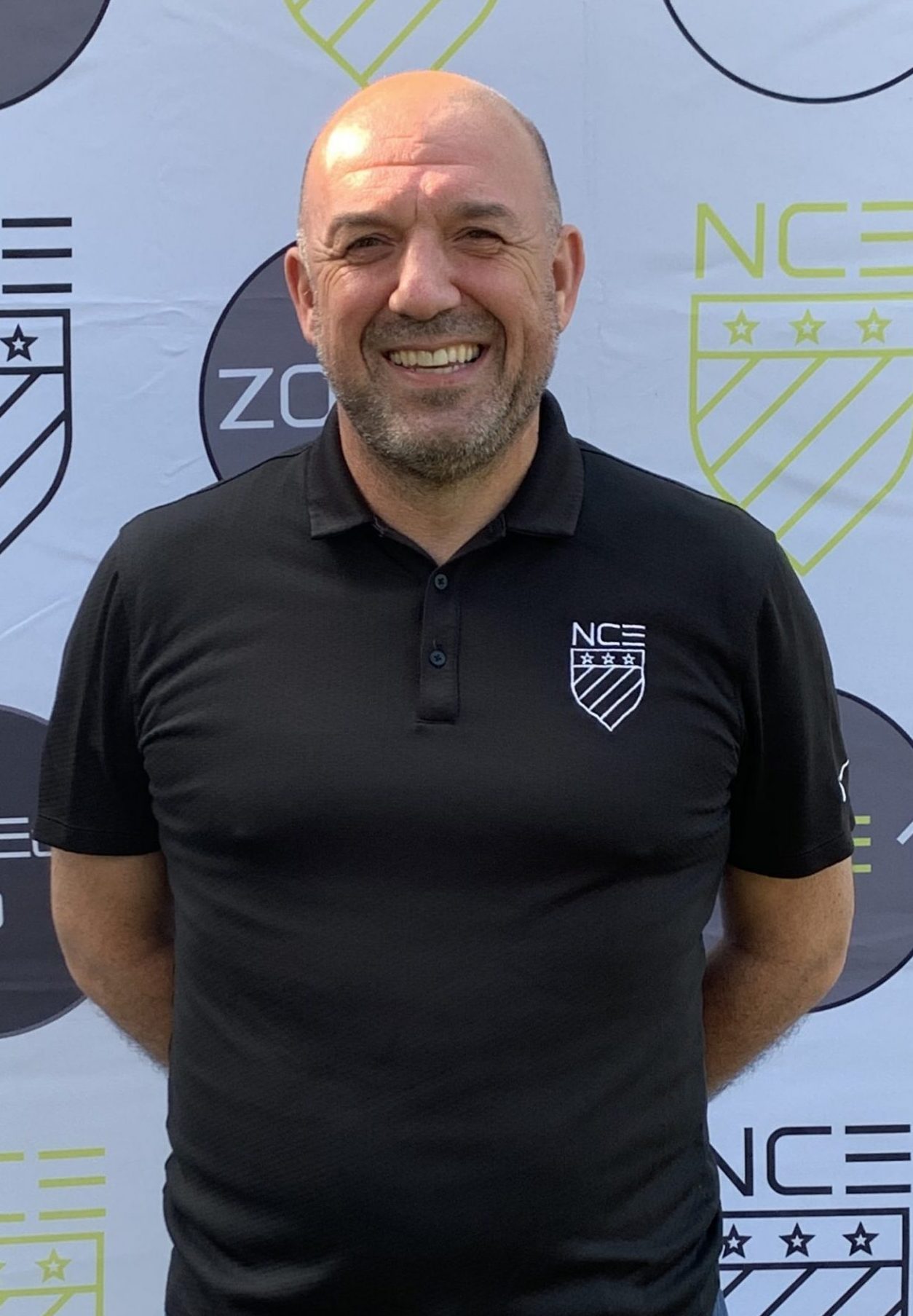 Nick is NCE Soccer’s Director of Business and Organizational Development. Most recently Nick was the Vice President of Sales and Business Development for XL Sports Tours and is also involved with the nationally renowned Club Champions League, as their Technical Advisor for Club Champions League New England. He is a graduate of Northumbria University with a Bachelor of Arts (HONS) in Sports Studies with a concentration in Sport Sociology.  After graduating from Northumbria he then went onto achieve a Post Graduate Certificate of Education in Physical Education at Leeds Metropolitan University and is a qualified teacher for up to High School age students.

Nick’s experience extends beyond the soccer field and into the boardroom having held multiple executive roles including Academy Director and Director of Human Capital for Global Premier Soccer (Waltham, MA) one of the largest club programs in the USA, Senior Management Advisor at the renowned Seacoast United Soccer Club (Hampton, NH) and President of Major League Soccer Camps (Groton, CT).  As President of MLS Camps Dunbar led the largest provider of sports education across the USA and was responsible for corporate growth.  As a respected thought leader in youth soccer matters Dunbar has spoken regularly at regional, national and international conferences and forums on topics ranging from coaching, coach and player development, and curriculum design and rollout.  He is also an accomplished coach in his own right, holding an FA Coaching Certificate, a USSF “A” coaching license, and a United Soccer Coaches Premier Diploma and also the Master Coach and Soccer Leader Diploma.

Mikaela joined the NCE staff as the Director of Operations in July 2019. She holds a bachelor’s degree in business management and a master’s in business administration.

Prior to a three year spell with Asphalt Green as their Director of Soccer Operations, Mikaela spent several years at Monroe College in New Rochelle, NY. Having played for two years at the school as a forward, during which she became Monroe’s first women’s soccer player to earn an “All American” title, she joined the Monroe Mustangs coaching staff in 2013.

A two-time NJCAA All-American, as well as, an NSCAA All-American her final year, Mikaela was one of the nation’s most prolific players during her years as a student-athlete at Monroe. Her accomplishments for most goals scored, most points earned, and most assists in a single season still stand as college records. As an assistant coach in Monroe’s women’s soccer program, Mikaela was part of the coaching staff that led the team to its first NJCAA National Championship in 2014. In addition to her role helping to build and direct the women’s soccer program, she partnered with Monroe’s international admissions team; using her expertise to recruit and guide students from Europe, Canada and Australia.

In addition to her stalwart play at Monroe, the British national from Salisbury, England was a member of her country’s national teams at the U15 and U17 level. On the club side, she played for seven years at various levels with Arsenal LFC, as well as spells at  DC United, Chelsea LFC, Watford LFC, and Reading WFC.