The NCE Soccer Program is designed to develop the talents of boys and girls aged 8 through to 18-years-of-age.

Our programs provide players with the opportunity to compete in a professional, player centered, development environment, supporting personal fulfillment and growth. Players must earn their place via tryouts ahead of each seasonal program. 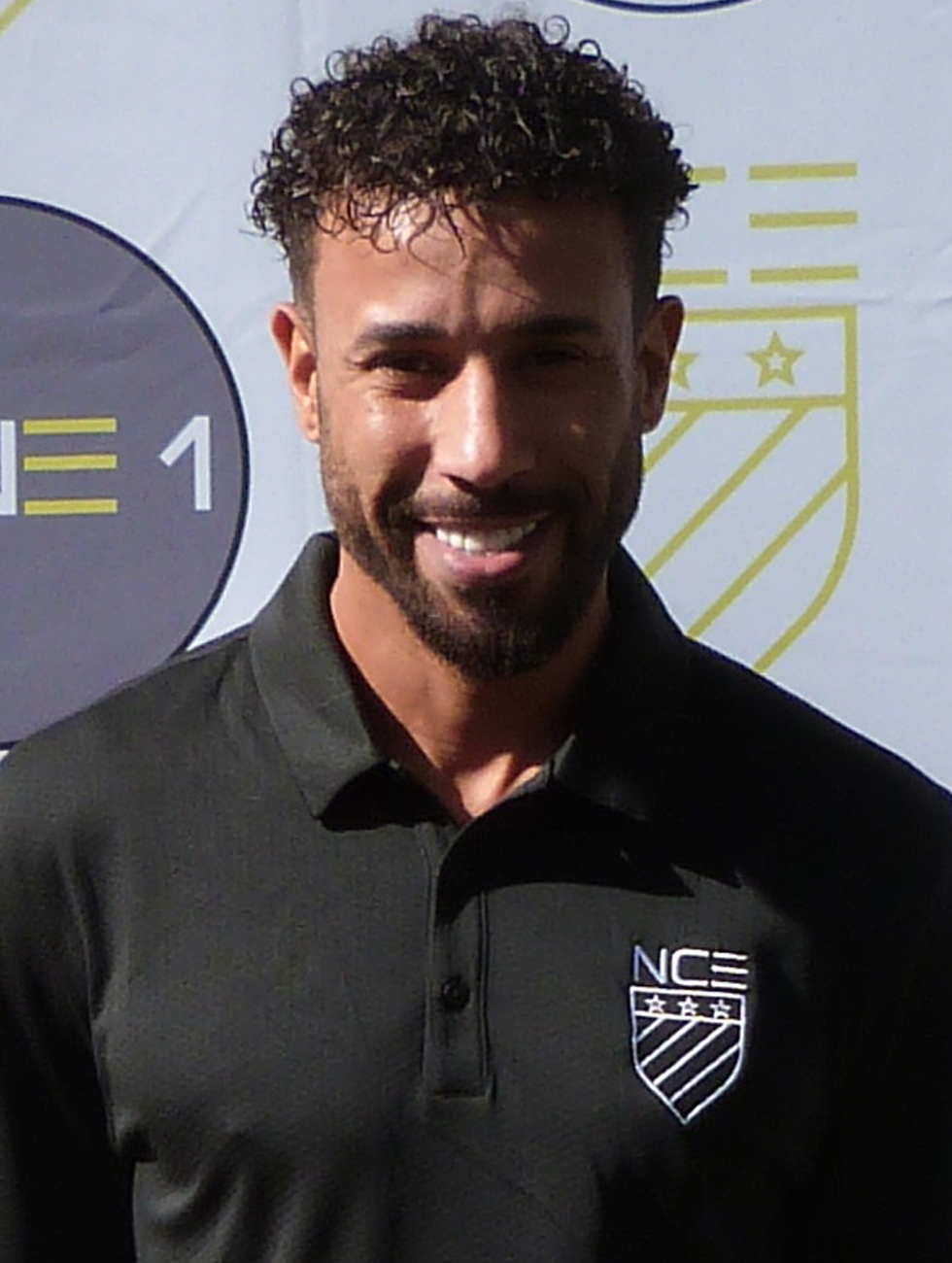 He is a vastly experienced former professional who enjoyed success with Premier League success with West Ham United, West Bromwich Albion and Burnley.

The former right back was came through the ranks at Manchester City, making his Premier League debut against Nottingham Forest in 2002.

He moved to Preston North End and was hugely impressive but appearances were restricted by injury, making just 70 appearances in four years including a stress fracture which sidelined him for ten months.

His performances earned him a move to West Ham before joining Derby on loan helping them to secure their place in the Premier League with promotion from the Championship by beating West Bromwich Albion in the Play-Off Final.

Tyrone only hung up his pro boots at the end of 2019 and so brings a very current, thoroughly professional, and top-class pedigree to NCE Soccer.

He is studying a Master’s Degree in Sports Directorship and is due to finish his UEFA ‘A’ Licence, and has been coaching more recently at Manchester City’s Academy. 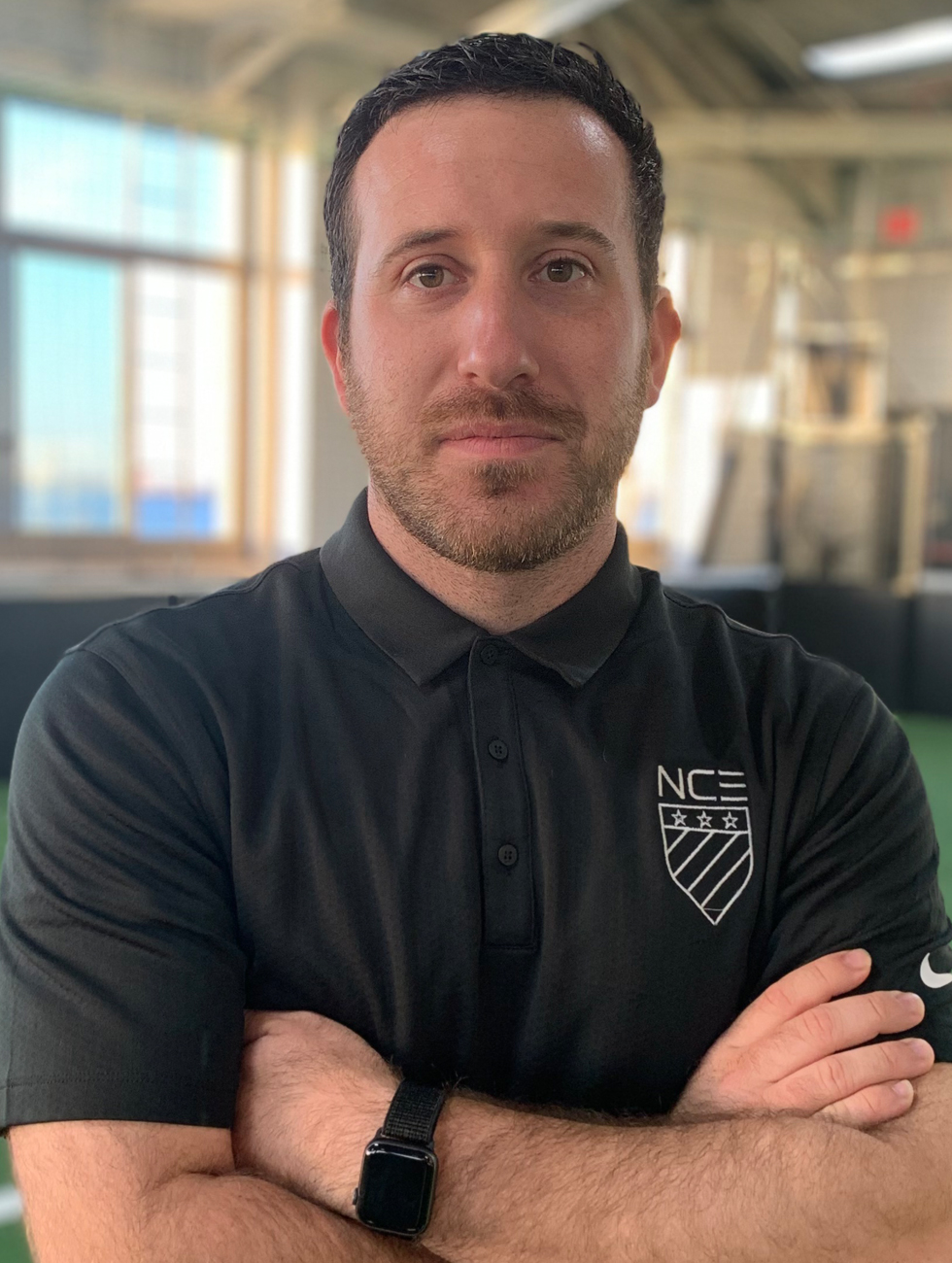 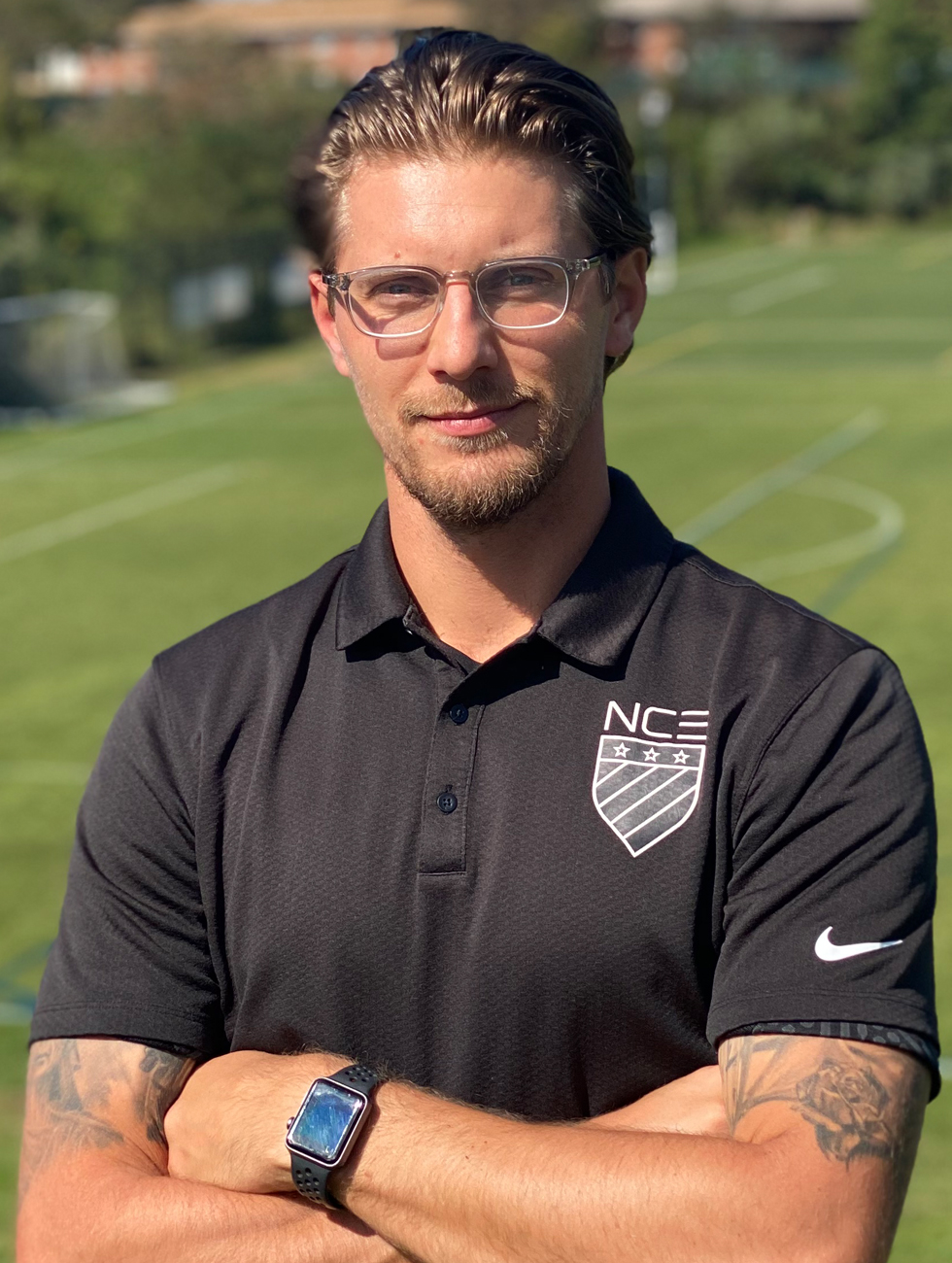 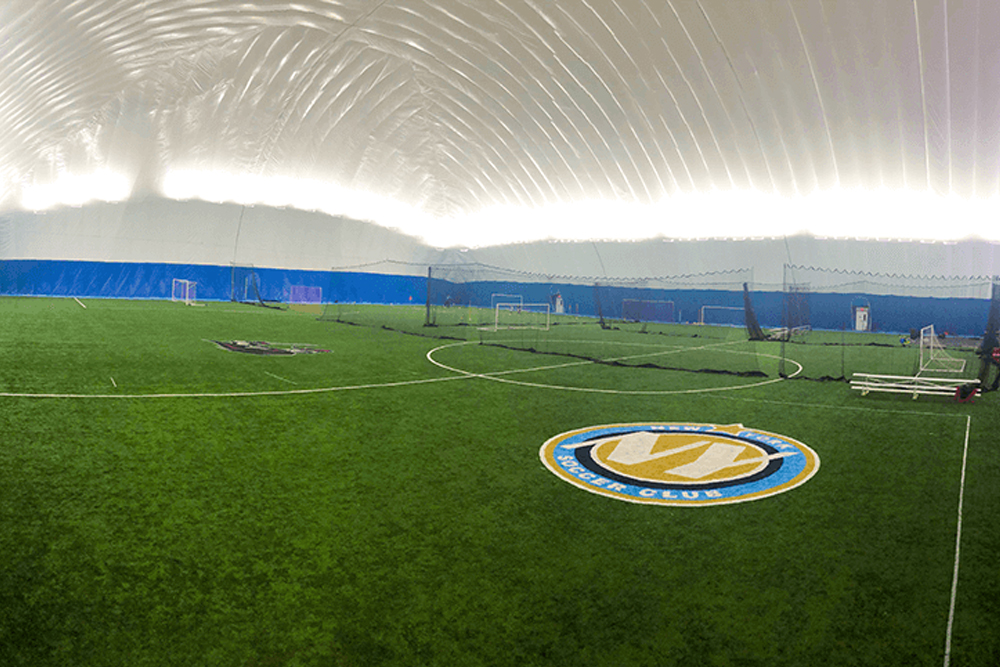 Ophir Field is a premier indoor and outdoor soccer facility.

The facility, based at Manhattanville College in Purchase, NY includes a temporary dome structure for all-year-round use.

In the Spring, Summer and Fall, Ophir Field is a lit, outdoor field hosting multi-sport programs and teams.’

The indoor surface is created from the highest quality synthetic fibers and does not need to maintained with chemicals or pesticides.

It includes an air conditioned dome to ensure soccer can take place all year round. 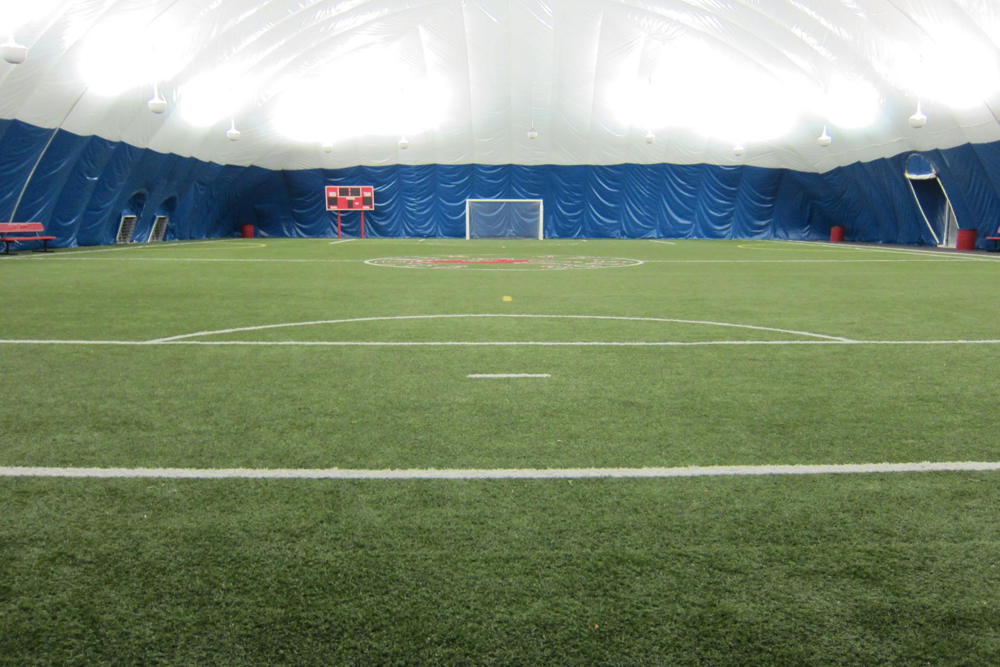 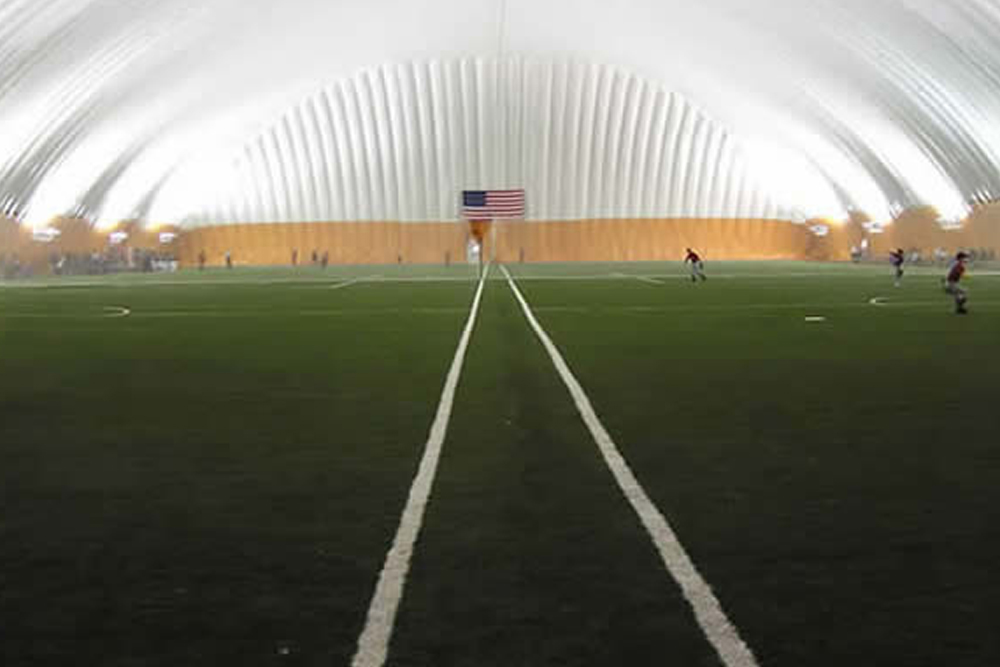 This 92,000 sq. ft. indoor facility includes four indoor fields, the largest indoor turf field in the Northeast and is equipped with a 65′ high ceiling with heating and air conditioning for all-year round comfort and 32 LED Lights, the same that lit the Super Bowl 2015!

The complex took over two years of planning and development with the Town of Islip and was officially opened on November 13, 2009 by Town of Islip Supervisor Phillip Nolan and Steve Foley.

The synthetic ‘real like grass’ turf fields filled with granulated sand and rubber pellets and creates a truer bounce and roll. 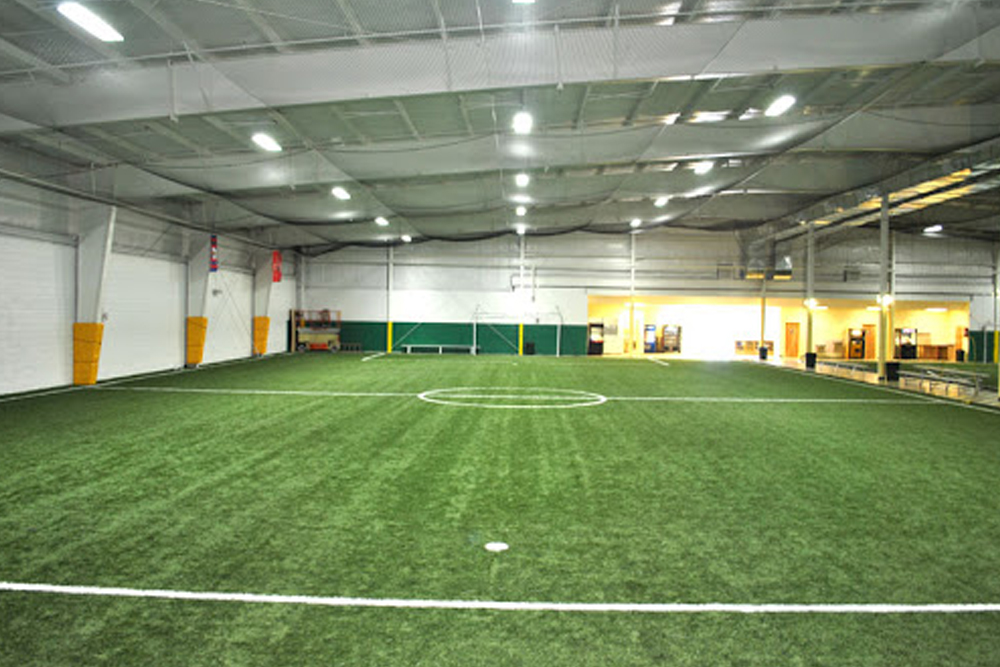 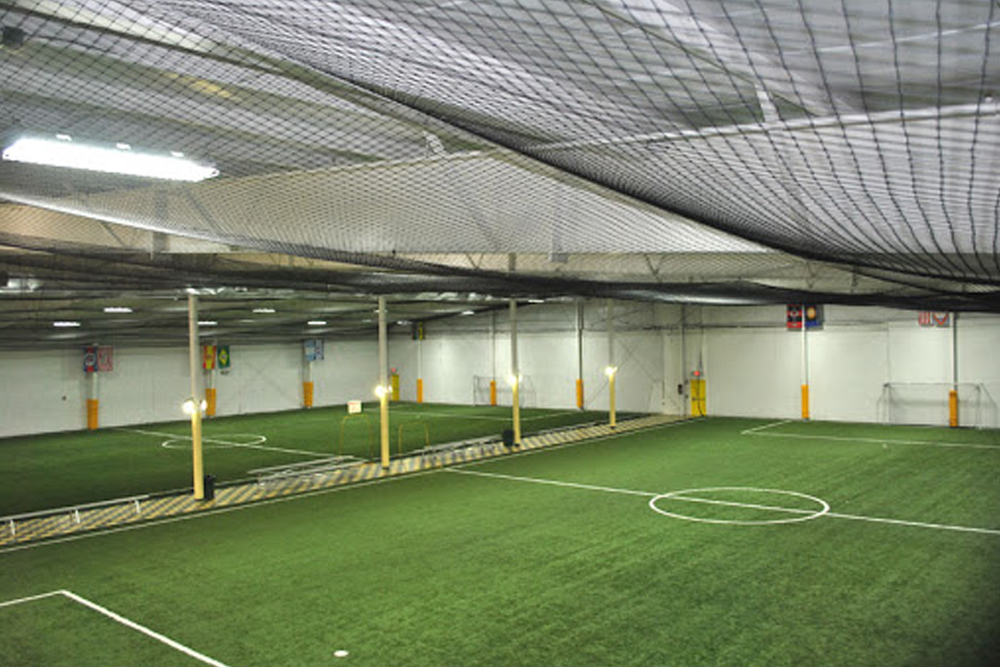 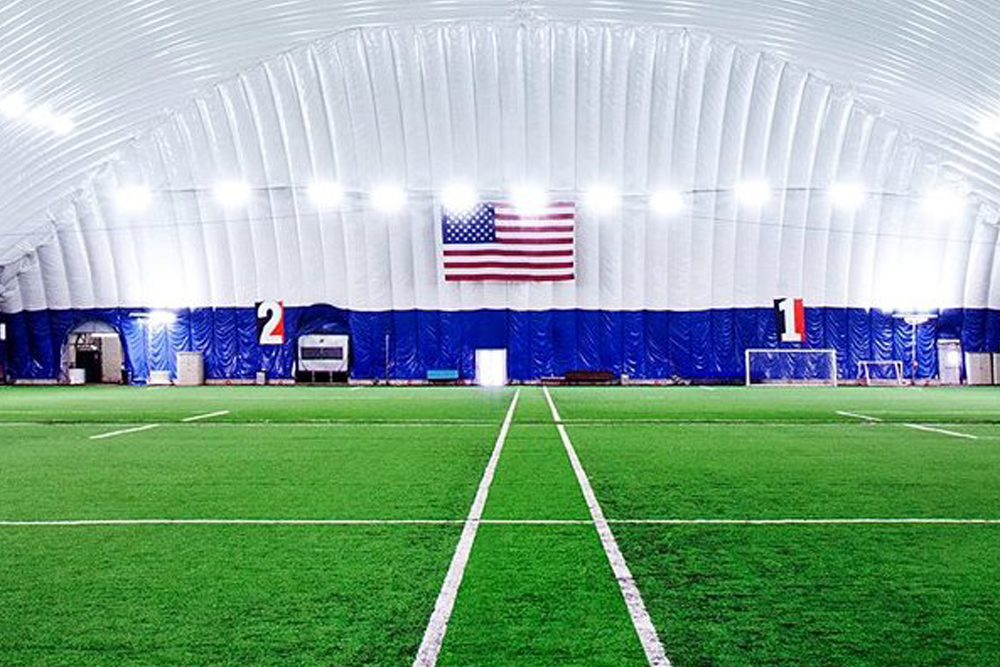 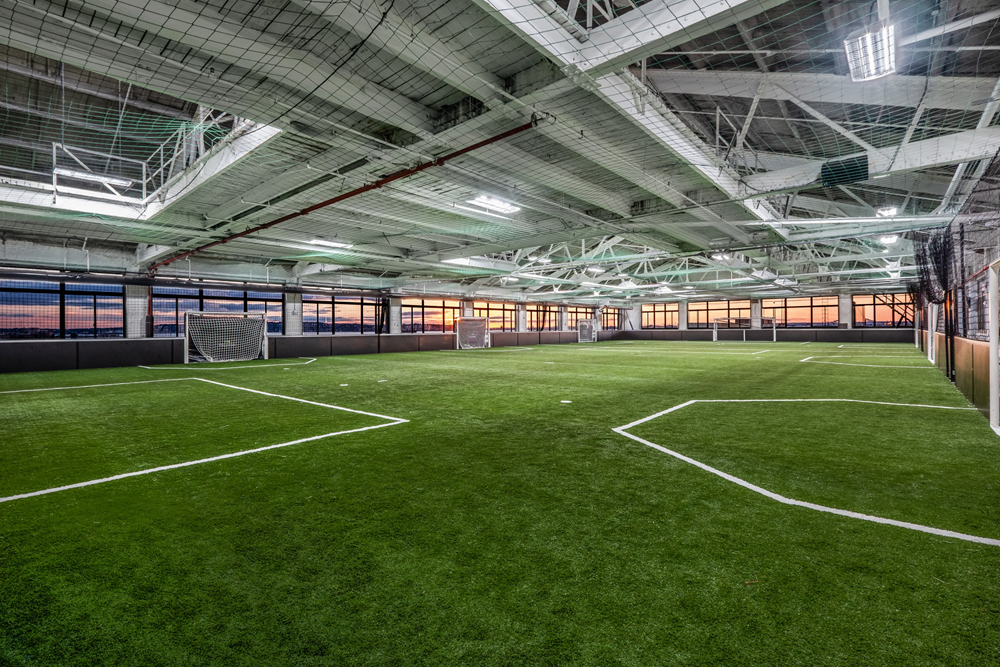 Socceroof is a high end soccer facility with breathtaking views over the Brooklyn skyline.

The 75,000 sq foot facility was established by two French businessman and is backed by Man United star Anthony Martial and former Liverpool manager Gerard Houllier and boasts ten five-a-side pitches, which can be combined to create bigger spaces, complete with next generation synthetic grass materials.

The Campus Recreation Outdoor Field Complex is located on the West Campus behind Kenneth P.LaValle Stadium and includes a fully lite field and large grass area. 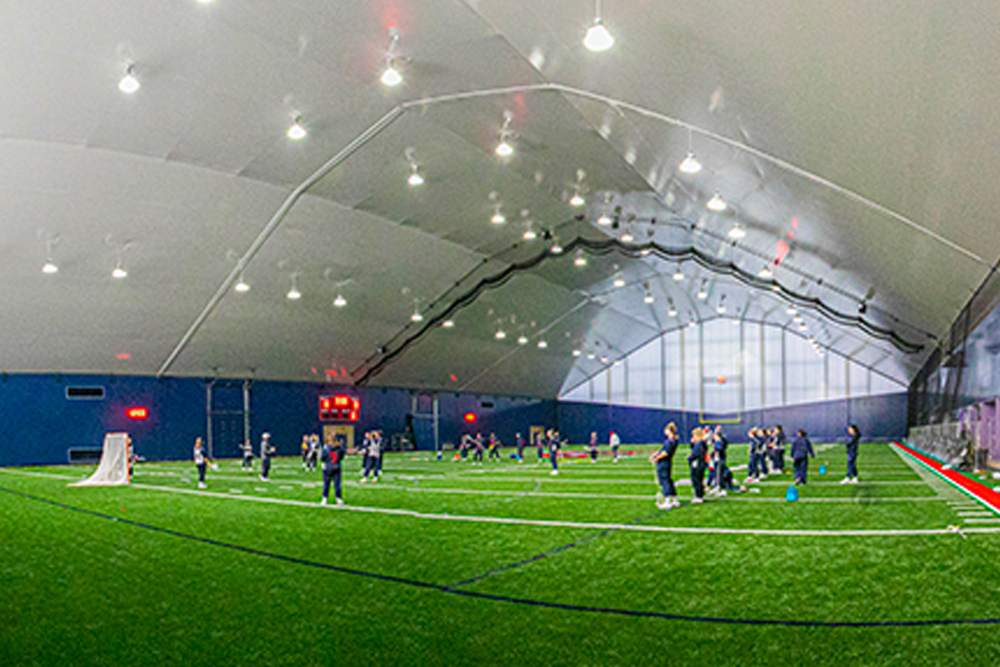 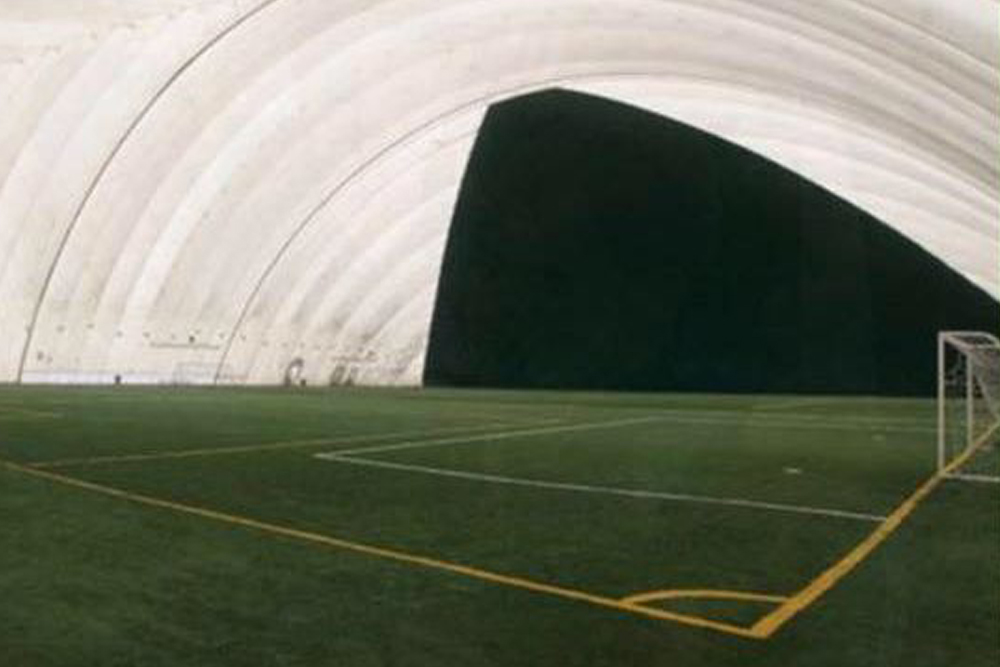 They have more than 72,000 sq ft of open indoor space and top quality turf which is perfect for soccer coaching and training.